Ted Garrard has been the CEO of SickKids Foundation since July 2009. 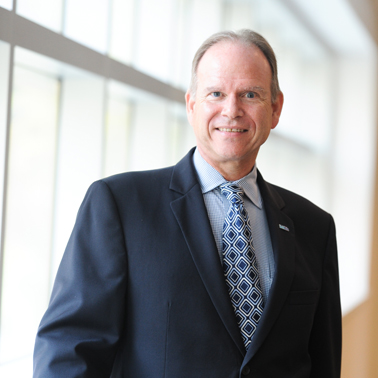 Previously, Ted was Vice-President (External) at The University of Western Ontario, a position he held from 1996-2009. His varied portfolio included responsibility for alumni relations, development, communications and public affairs. While at Western, Ted raised more than $600 million in private funding and led the school in becoming the first university to adopt the Imagine Canada Ethical Code recognizing the need to uphold high standards of accountability and transparency in the not-for-profit sector.

Ted received his BA and MA degrees in political science and economics from York University and worked for one year as a policy analyst with the Ontario Liberal Policy Research Office before joining United Way of Greater Toronto. At United Way, he served in a number of positions including Research Director, Marketing and Communications Director and finally Campaign Director, where he spearheaded Canada’s largest annual fundraising campaign at that time, raising more than $200 million from 1992 to 1995.

Ted was the 1997 recipient of the National Society of Fundraising Executive Toronto Chapter “Outstanding Fundraising Executive Award”. In 1998, he was named as one of Canada’s Top 40 Under 40, an award recognizing a new generation of top achievers in business, the professions, academia and public service. In 2014, he was named Outstanding Communicator of the Year by the International Association of Business Communicators (IABC).