On Tuesday, July 24, close to 200 Domino's Pizza locations in the Greater Toronto Area will raise funds for SickKids. The event is in recognition of a significant milestone: the 35th anniversary of Domino’s opening its first store in Canada. During this one-day event, customers can receive a medium, cheese or pepperoni pizza for $3.50 (carry-out only). $1.00 from each of these orders sold will be donated to SickKids.

For Dave, an Operations Director who oversees three Domino’s locations in Barrie, this day will have extra special meaning to him. 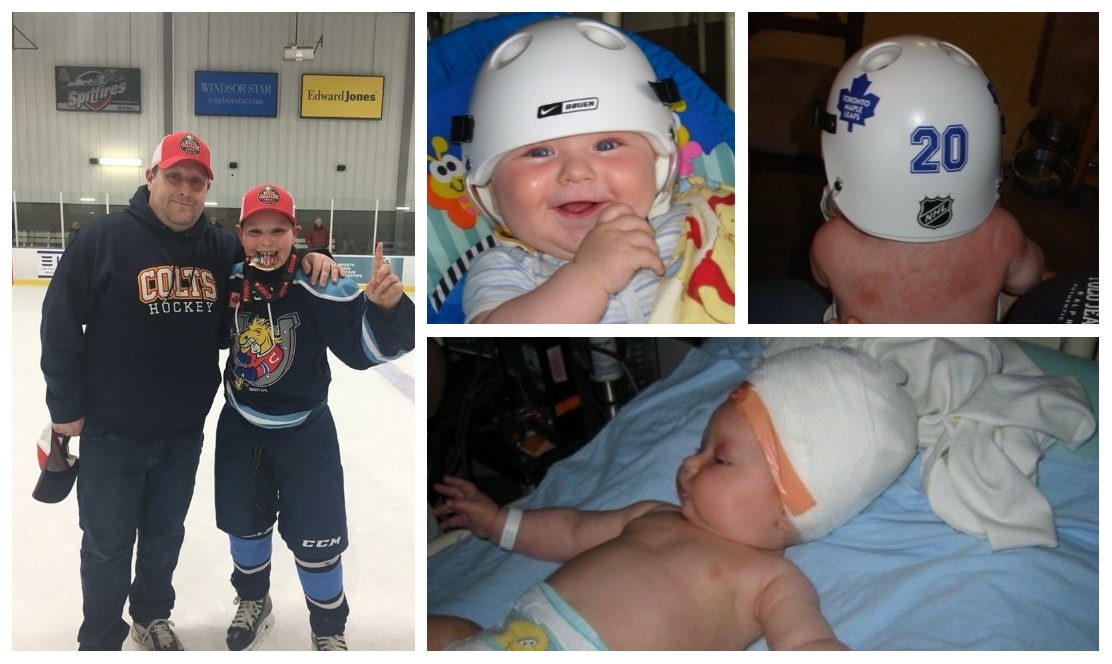 News and Media
Domino’s Pizza employee proud to fundraise for SickKids
“Our first child, Cameron, is a SickKids kid,” said Dave. “So, given our personal connection, I’m overwhelmed with joy that we are going to be doing such a fun and exciting fundraiser for SickKids this year.”

After the birth of their son, Cameron, on February 20, 2006, first time parents Dave and Natalie were shocked when their doctor mentioned some concern over the shape of Cameron’s skull. After some x-rays were performed, the family was sent to SickKids for a consultation.

“We were incredibly nervous,” said Dave.

"My goal is to always say YES to fundraising. It’s an honour to be able to give back.”

Within minutes of meeting a doctor at SickKids, a diagnosis for Cameron was revealed: Sagittal Craniosynostosis. The bones that make up the skull of a newborn baby are separated by spaces called sutures. For the brain to grow, the sutures usually remain open and gradually grow together to form the adult skull. Craniosynostosis is the term used to describe the premature closing of one or more of the sutures of a baby's skull. If a suture fuses prematurely, growth of the brain cannot occur evenly, giving the head a misshapen appearance.

“After the doctor explained the diagnosis to us, the level of severity, and what can be done, we decided that surgery was Cameron’s best option,” said Dave.

In June of 2006, Cameron underwent a procedure to correct the shape of his head and allow for normal brain growth.

“Everyone at SickKids was so incredibly nice to us and so helpful during every step of the process,” said Dave. “Whether it was the pre-surgery consults, the helmet molding or the follow-up visits, the staff were all amazing.”

On July 24, Dave would like to encourage you to visit your local Domino’s Pizza location to support SickKids. “To begin with … who doesn’t love a pizza for $3.50?! And when a portion of the $3.50 is going to such a noble cause, it’s a no-brainer.”


Additionally, in honour of the one-day event, Domino’s Pizza of Canada will make a $35,000 donation to SickKids on behalf of all their franchisees and team members.

“Domino’s is not only a fun and fast paced company to work for, but it is always giving back. It’s a part of our DNA,” said Dave. “In Barrie, my goal is to always say YES to fundraising. It’s an honour to be able to give back.”

Fight for kids’ health and reach your Social Responsibility goals.