Leading up to Extra Life game day, SickKids kid Jacob shares the impact video games have had on his life. http://bit.ly/2i5ldYg

Video games. Like them or hate them, they are a big part of our world today. Phone Apps, Console Games, and good old classic computer games play a huge role in our culture. They also play a huge role in my life, especially as a chronically ill child.

Due to my illnesses and their many complications, I haven't had the most typical of childhoods. From the time I was 8, I have spent the majority of my days either at the hospital, a doctor's waiting room, or at home. Because of this, it has been difficult to build and maintain friendships as well as commit to joining clubs and activities. Opportunities to meet people my own age have been really, really hard. 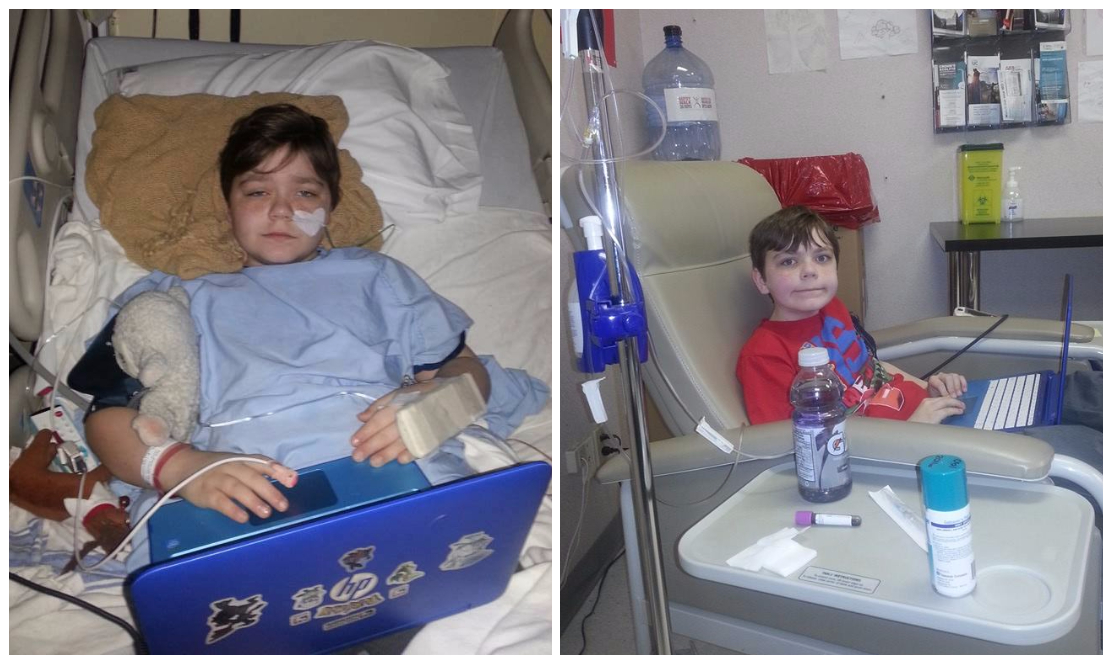 News and Media
Extra Life: Gaming for kids like Jacob

Enter gaming. Playing video games has given me the chance to increase my opportunities for social interaction when I can't leave the house or leave my hospital room (I tend to spend a lot of time in isolation rooms at the hospital), as well as at the hospital itself. I started playing Minecraft right before I was diagnosed with Crohn's Disease at the end of grade 3, but was never really big into it or other games until I was hospitalized. I quickly learned that Minecraft wasn't just a solitary building game; it was a way of interacting with others and having something in common with them. I could walk into Marnie's Lounge (a patient play room at SickKids) and quickly make friends just by talking all things Minecraft.

"Gaming has not only brought people into my life who I never would have otherwise met, it has also increased my support network."

And Minecraft wasn't the only game that brought us together. There were many nights when we would have very competitive Mario Kart races with everyone in the room watching and cheering the players on. Super Smash Brothers became a way of releasing our frustration with our illness and the treatments by pretending that the characters we were battling was some aspect of the illness. Even traditional board games helped to bring us patients together. Video games helped to give us a chance to just be normal kids.

For life outside the hospital, video games also became helpful. For instance, I love Pokemon, so when the game Pokemon Go came out, I was naturally super excited. But even better than just playing the game on my own to collect all the Pokemon in the wild, the game now features something called Raid battles, where players get together to battle a Pokemon in a huge group in hopes of getting a chance to catch that Pokemon. I've been able to get out to some of these Raid battles over the summer and it's been awesome. I've been able to meet so many other people and form friendships with a lot of them. They make me feel accepted and even go out of their way to help me. They offer to push my wheelchair for me and wait for me to arrive at the Raid battles so that I can be included too. Gaming has not only brought people into my life who I never would have otherwise met, it has also increased my support network.

Playing video games has helped me to better cope with my illness. It's something I can do no matter how I am feeling. It's a valuable tool on the healing journey that I think is often overlooked. For me, it's been absolutely irreplaceable.

When the going gets rough, you've just got to get your "Game-On"!

On Saturday, November 4, gamers from around the world will take part in Extra Life, a fundraising and gaming marathon in support of Children’s Miracle Network hospitals. We are thrilled that close to 1,500 participants will play in support of SickKids.

While many participants play video games, anything is fair game – from tabletop games, to card games to sports! Anyone can sign up by heading to www.extra-life.org. You can ask friends and family to donate to your fundraising efforts, and also recruit from your networks to join your team. Donations can be collected before or after the gaming event.

Can’t play on November 4 but still want to get involved? Choose another day that works for you and hold your own 24-hour marathon with friends and family.