Early-career grant funding has a big impact on child health. Here’s how: https://bit.ly/3fDQEW7

While research funds in Canada are being directed to the COVID-19 response, it’s more important than ever to invest in the early-career researchers whose work will change the future of child health.

Suicide kills more Canadian youth than cancer, diabetes, and heart disease combined. It’s a growing public health concern with no easy answers. But for SickKids paediatrician and scientist Dr. Natasha Saunders, one thing is clear: Firearms are making it worse.

Dr. Saunders is on a mission to make life safer for children and youth, and as the recipient of a 2019 New Investigator Research Grant, she has three years of solid funding to investigate paediatrics and firearms.

“Issues around firearms can be heated and politically divisive, with decisions based on opinion and political motivation,” says Dr. Saunders. “But they should be based on data, facts, and evidence.” 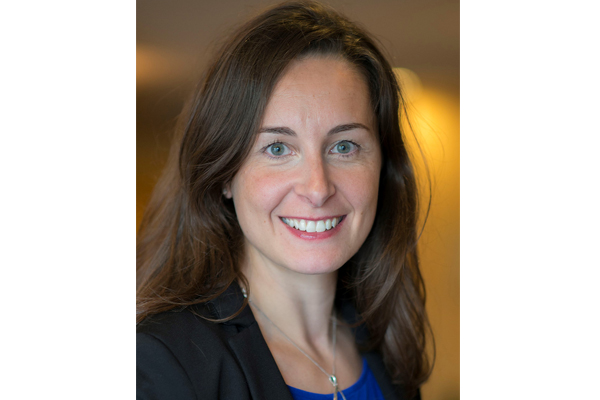 Earlier research by Dr. Saunders and colleagues uncovered some startling facts. From 2008 to 2012, Ontario averaged 355 firearm injuries a year in children and youth up to 24 years old: A young person was shot virtually every day in Ontario during that time. And about 13% of youth suicides were by firearm.

The rates of firearm injury and death aren’t going down.

Around 17% of Canadian homes report owning a gun. About half of Dr. Saunders’ patients have mental illness. In response to her research and a 2017 position statement on firearms by the Canadian Paediatric Society, Dr. Saunders began asking her patients about access to firearms at home.

“The number of times families had firearms, including non-powdered firearms (or BB guns), in the home was astounding. Often, my young patients would have access to these firearms unsupervised. They were not stored safely—locked and unloaded, separate from ammunition,” says Dr. Saunders.

She believes that data and population-based research can save lives by informing policy. But there’s a dearth of evidence on paediatrics and firearms.

Dr. Saunders intends to fill that gap using the New Investigator Research Grant. She’s building the evidence base for how firearms affect Canadian young people, healthcare, and society. And she’ll explore the impact of levers like public health interventions, policy, and legislation to increase safety.

“Without the funding,” says Dr. Saunders, “this important research would not get done.”

Health research funding is highly competitive, favouring experienced scientists with an established track record. Younger scientists often struggle to get a foothold. The national New Investigator Research Grant program is one of a handful in Canada that helps early-career scientists forge their path to independent research.

Every year, six of Canada’s top early-career health scientists receive New Investigator Research Grants of up to $300,000. The class of 2019 has grantees from British Columbia, Manitoba, Ontario, and Quebec: Every one of them is enhancing Canada’s healthcare capacity and reputation for research excellence.

The New Investigator Research Grant program is a national granting program for early-career health researchers. Since 2001, it has invested in 166 scientists at over 45 health institutions across Canada. A partnership of SickKids Foundation and the Canadian Institutes of Health Research, this premier granting program is developing Canada’s next generation of child health research leaders.


Find out more about the program here.